OXYGEN (O2) SENSOR. Used on both carbureted and fuel injected engines since 1981, the oxygen (O2) sensor is the key sensor in the fuel mixture feedback control loop.

Mounted in the exhaust manifold, the O2 sensor monitors the amount of unburned oxygen in the exhaust. On many V6 and V8 engines, there are two such sensors (one for each bank of cylinders).

The O2 sensor generates a voltage signal that is proportional to the amount of unburned oxygen in the exhaust. When the fuel mixture is rich, most of the oxygen is consumed during combustion so there is little unburned oxygen in the exhaust. The difference in oxygen levels between the exhaust inside the manifold and the air outside creates an electrical potential across the sensor’s platinum and zirconium tip. This causes the sensor to generate a voltage signal. The sensor’s output is high (up to 0.9v) when the fuel mixture is rich (low oxygen), and low (down to 0.1v) when the mixture is lean (high oxygen).

If the O2 sensor’s output is monitored on an oscilloscope, it will produce a zigzagging line that dances back and forth from rich to lean. Take a look at the waveform on the opposite page - that’s what a technician wants to see when he checks the O2 - think of it as a kind of heart monitor for the engine’s air/fuel mixture.

O2 Sensor Strategies: Unheated one- or two-wire O2 sensors on 1976 through early 1990s applications should be replaced every 30,000 to 50,000 miles to assure reliable performance. Heated 3 and 4-wire O2 sensors on mid-1980s through mid-1990s applications should be changed every 60,000 miles. On OBD II equipped vehicles, the recommended replacement interval is 100,000 miles. The O2 sensor’s responsiveness and voltage output can diminish with age and exposure to certain contaminants in the exhaust such as lead, sulfur, silicone (coolant leaks) and phosphorus (oil burning). If the sensor becomes contaminated, it may not respond very quickly to changes in the air/fuel mixture causing a lag in the PCM’s ability to control the air/fuel mixture.

The sensor’s voltage output may decline giving a lower than normal reading. This may cause the PCM to react as if the fuel mixture were leaner than it really is resulting in an overly rich fuel mixture.

How common is this problem? One EPA study found that 70 percent of the vehicles that failed an I/M 240 emissions test needed a new O2 sensor.

MANIFOLD ABSOLUTE PRESSURE (MAP) SENSOR. This sensor is mounted on or connected to the intake manifold to monitor intake vacuum. It changes voltage or frequency as manifold pressure changes. The computer uses this information to measure engine load so ignition timing can be advanced and retarded as needed. It performs essentially the same job as the vacuum advance diaphragm on an old fashioned mechanical distributor.

On engines with a "speed density" type of fuel injection, the MAP sensor also helps the PCM estimate airflow. Problems here may cause an intermittent check engine light (light comes on when accelerating or when the engine is under load), hesitation when accelerating, elevated emissions and poor engine performance. The engine will run with a bad MAP sensor, but it will run poorly. Some PCMs can substitute "estimated data" for a missing or out of range MAP signal, but engine performance will be drastically reduced.

MAP Sensor Strategies: Some MAP sensor problems are not the fault of the sensor itself. If the vacuum hose that connects the MAP sensor to the intake manifold is loose, leaking or plugged, the sensor can’t produce an accurate signal. Also, if there is a problem within the engine itself that causes intake vacuum to be lower than normal (such as a vacuum leak, EGR valve that’s stuck open or leaky PCV hose), the MAP sensor’s readings may be lower than normal. 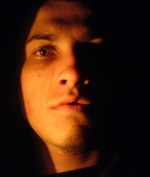